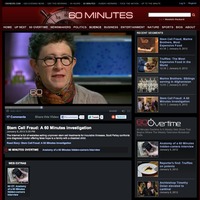 These are stings to expose scam artists, quacks and hucksters who prey on the needs or naivete of their customers, clients, or patients.

THEIR HISTORY AND EXPLOITS THE JUNKMEN AND THEIR ALLIES--THE STORY OF A RIVER THIEF--A NIGHT'S WORK AND ITS FRUITS--THE HAUNTS AND WAYS OF THE "PIRATES." ... IN THE HARBOR--PROMINENT CASES THE HARBOR POLICE FOUR CLASSES OP RIVER PIRATES THE RIVER THIEVES A RIVER THIEF'S CONFESSION HIDING PLACES FOR THE NIGHT HOW SAILORS ARE MANIPULATED YARIED SUCCESS--TRACKS OF TRADE CAPTURE AND CONSEQUENCES NORTH RIVER--THE COFFEE GAME

"A TRIBUNE reporter, thoroughly disguised, visited the haunts of these men [river pirates], and, after a long series of introductions, extending over considerable time, succeeded in gaining the confidence of one of the most notorious and desperate thieves on the East River. After some encouragement on the part of a private detective, and at the request of several of his friends, the thief gave the following outline of a night's work, not long since. It is needless to say that it is reproduced from memory, without pretense of exactness as to the words employed, as the taking of notes would have been very [illegible word] business . . . "

Vehicles Donated to Charity Wind Up in Hands of Crooks

". . .Towing companies act as middlemen for charities. In some cases, charities directly hire tow operators. In other cases, when a charity recieves a call that someone wants to donate a car, it passes that information to an organization that handles car donation programs. That company in turn hires towing companies to pick up the car and either sell or scrap it. A portion of the proceeds are supposed to go to the charity. But officials say that was not always the case with two towing operators: O'Hare Kars and Royal Auto and Towing. . ."

Telegraph Investigation: Councillors across England are offering themselves for hire to property developers who are hoping to take advantage of relaxed planning laws which come into effect within weeks.

". . .Despite apparently creating the potential for a conflict of interest, it is not illegal for councillors to work as paid consultants. Councils are expected to face an increase in applications for building when new planning laws take effect at the end of this month. . ."