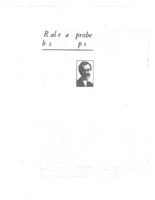 The Hartford Courant's investigation of discriminatory real estate practices in Connecticut, involving reporters posed as prospective buyers in various neighborhoods. The investigation prompted a rebuttal from the newspaper's own ombudsman, Henry McNulty.

This was one of many such undercover real estate discrimination investigations undertaken by newspapers in this period, including the Miami Herald and the Dayton Journal-Herald.

". . . reporters who tested 15 real estate agencies in the Hartford area for compliance with state and federal fair housing laws, which require equal treatment and opportunity in selling and renting housing. "The Courant found extensive evidence of discrimination, measured by differents in how the testers were treated, and racial steering . . . "

"The Courant staffers who showed up at real-estate offices pretended to be potential home buyers, but they were not. They used altered names, and provided other false information that masked their identities as reporters. In short, they didn't tell the truth. "In this case, was that so very wrong? Doesn't the result justify the falsehoods? . . . I say the lying was unjustified. It's not easy, or pleasant, to find fault with what The Courant did. But even when the goals are noble, and the results are positive for the community, I don't think journalists should lie."

Is it ever acceptable for journalists to use deception to gather facts? What if the resulting story uncovers a major social wrong?

"That "does-the-end-justify-the-means" dilemma confronted me this spring when my newspaper, The Hartford Courant, reported on racial bias among some area real estate firms. Reporters, appearing to be almost identical in every financial and personal detail except race, posed as potential home buyers to gather the evidence. In some cases, real estate agents gave the "testers" who were black tougher financial scrutiny. Other times, blacks were "steered" to towns that already have significant minority populations."