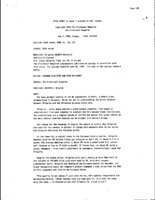 On May 3, 1998 The Cincinnati Enquirer released a series of illegitmate accusations regarding the rightfulness of the Chiquita Banana Brand. The allegations were apparently heard from voice mails from a Chiquita employee, and were used to exploit the company.

The Enquirer finally admitted they had committed perjury and illegally stole Chiquita Brand's voicemails. Investigative reporter, Mike Gallagher, admitted that he had hacked into the phone of a Chiquita employee to attain the voice mails and was later fired. Chiquita denied all allegations and sued The Enquirer. The Enquirer removed the series from their website and retracted their statements.

In Cincinnati, an Investigative Story Opens Up a Mystery - What Did a Reporter Know, and How Did He Know It?

". . .On July 2, Chiquita filed suit against Gallagher in federal district court for "defamation, trespass, conversion, violations of state and federal wiretapping laws and other intentional misconduct." In addition, Gallagher and several other Enquirer employees have been subpoenaed to appear before a grand jury, as part of a joint criminal investigation by the FBI and the Hamilton County, Ohio, Sheriff's Office. . ."

". . .Chiquita - alone among America's giant banana companies - has waged an international five-year campaign to overturn the EU's banana trade restrictions.  The restrictions are a complex system of tariffs and quotas that place limits on how many Central American bananes can be brought into Western Europe. The reason for the campaign is simple: The amount of profit that Chiquita realizes for its bananas is greater in Europe than anywhere else in the world. And Chiquita dominates the European market. . ."

"An Enquirer investigation has found that Chiquita made business decisions in Latin America to cover up a bribery scheme involving company and subsidiary employees, helped foreign growers try to evade taxes, and ran into tax problems. Corrupt activities committed by U.S. companies abroad may fall under the U.S. Foreign Corrupt Practices Act. . ."

". . .'The Director Defendants through both their culpable action and inaction have permitted Chiquita to systematically engage in violations of the laws of the United States and foreign countries in which Chiquita does business,' the suit contends. . ."

". . .Are these isolated incidents that just happened to erupt around the same time? Or do they suggest something larger about the journalistic culture?One common theme in these mounting embarrassments is the desire to make a big splash in the roiling waters of media competition. Another is the failure of top news executives to heed warning signs until it's too late. . ."

"An Apology to Chiquita" - The Cincinnati Enquirer

". . .At the time, the Enquirer believed that the series' accusations against Chiquita were based upon what was thought to be factual information obtained in an ethical and lawful manner. Specifically, the Enquirer asserted that they voice mails were provided by 'a high ranking Chiquita executive with authority over the Chiquita voice mail system.' . . ."

"Watchdogs Yelp When Made to Heel" - Howard Kurtz - The Washington Post

"Journalists, the folks who love to dig into other people's lives, are learning what it feels like to be investigated. Not surprisingly, they don't much like it. The adversarial media culture has grown so voracious that it now routinely bites other members of the media culture. Everyone is suspect. Everyone is fair game. Everyone's motives are questioned. Inevitably, many of the journalists who find themselves on the other end of the media microscope feel they have been misquoted or misrepresented or railroaded by someone with an agenda -- precisely the kind of complaints often voiced by their subjects. . ."

". . .Even as intriguing new details of the case emerged in interviews this week, many mysteries remained. One is whether the settlement was made because the newspaper questioned the accuracy of the articles or because the voice mail messages were stolen by its reporter. What is also unclear is how, if he did steal the information, Mr. Gallagher, 40, got the code words for so many voice mail boxes and whether he had inside help. . ."

". . .This week, in their first lengthy interviews on the subject, top Chiquita executives claimed total victory and portrayed the entire package of articles as unfair and inaccurate, the untrustworthy work of a reporter who stole hundreds of voice-mail messages. But interviews with Government officials, people outside the company and some of those quoted, along with a review of the articles, found that some of the allegations cannot be dismissed so easily, despite the questions raised about the reporting method. . ."

". . .In the Hamilton County courthouse in Cincinnati, the reporter, Michael Gallagher, pleaded guilty to one count of unlawful interception of wire communications and one count of unauthorized access to computer systems, which could bring two and a half years in prison and a fine of $7,500. He is scheduled to be sentenced on March 19. . ."