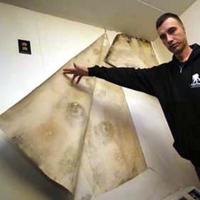 The reporting was intended for these media types: Magazine, Newspaper, Television, Internet

". . . Disengaged clerks, unqualified platoon sergeants and overworked case managers fumble with simple needs: feeding soldiers' families who are close to poverty, replacing a uniform ripped off by medics in the desert sand or helping a brain-damaged soldier remember his next appointment . . ."

Inside Mologne House, the Survivors of War Wrestle With Military Bureaucracy and Personal Demons

". . . Oil paintings hang in the lobby of this strange outpost in the war on terrorism, where combat's urgency has been replaced by a trickling fountain in the garden courtyard. The maimed and the newly legless sit in wheelchairs next to a pond, watching goldfish turn lazily through the water . . ."

Troops Are Returning From the Battlefield With Psychological Wounds, But the Mental-Health System That Serves Them Makes Healing Difficult

Veterans Affairs will spend $2.8 billion this year on mental health. But the best it could offer Cruz was group therapy at the Bronx VA medical center. Not a single session is held on the weekends or late enough at night for him to attend. At age 25, Cruz is barely keeping his life together. He supports his disabled parents and 4-year-old son and cannot afford to take time off from his job repairing boilers. The rough, dirty work, with its heat and loud noises, gives him panic attacks and flesh burns but puts $96 in his pocket each day.

"At the start of this year, Blackwood, 41, took on a new job as the chief of media relations for the Special Inspector General for Iraq Reconstruction, based in Crystal City. No one knew that loud noises would trigger a panic attack for her, that she was barely sleeping or eating, or that she was clawing her forearms so fiercely the blood sometimes soaked through her sleeves."

At Walter Reed, Care for Soldiers Struggling With War's Mental Trauma Is Undermined by Doctor Shortages and Unfocused Methods

"Even though Walter Reed maintains the largest psychiatric department in the Army, it lacks enough psychiatrists and clinicians to properly treat the growing number of soldiers returning with combat stress. Earlier this year, the head of psychiatry sent out an "SOS" memo desperately seeking more clinical help."

When Her Soldier Returned From Baghdad, Michelle Turner Picked Up the Burden of War

"Michelle has spent hundreds of hours at the library researching complicated VA policies and disability regulations. 'You need two college degrees to understand any of it,' she says, lacking both. She scavenges information where she can find it. A psychotic Vietnam vet she met in a VA hospital was the one who told her that Troy might be eligible for Social Security benefits. Meanwhile, there are clothes to wash, meals to cook, kids to get ready for school and a husband who is placidly medicated or randomly explosive. Besides PTSD, Michelle suspects that Troy may have a brain injury, which could explain how a 38-year-old man who used to hunt and fish can lose himself in a three-day "Scooby-Doo" marathon on the Cartoon Network."