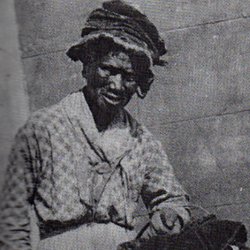 The popular humorist often used the undercover ruse in his work for The New York Tribune. In this instance, he posed as a client to visit a number of New York's purveyors of the "black arts" to expose their scams. The series preceded his pose as a slave buyer to cover the Butler auction in Savannah.