Undercover Along the Food Chain 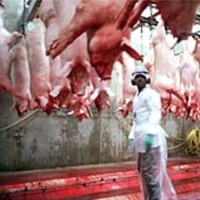 Reporters have taken the undercover route from slaughterhouses and chicken- and pork-processing plants to fast-food chains and supermarkets to understand the system.