Kiley, the commander of Walter Reed from 2002 to 2004, has been accused of being brash and indifferent to concerns raised about problems there. After a series of Washington Post articles described the outpatient conditions at Walter Reed, Kiley said the problems "weren't serious and there weren't a lot of them," and that they were not "emblematic of a process of Walter Reed that has abandoned soldiers and their families."

Description:The Washington Post reports on the topics likely to be discussed at the first congressional hearing about the Walter Reed Medical Center, including the role of Lt. Gen. Kevin C. Kiley, the Army's Surgeon General at the time. 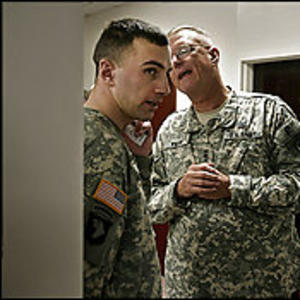