Description:An article highlighting the increasing number of soldiers returning from war with brain injuries and psychiatric disorders like PTSD. It focuses on Spc. James Wilson who returned from Iraq with PTSD-like symptoms but failed to get any kind of psychiatric treatment for over a year at Walter Reed. 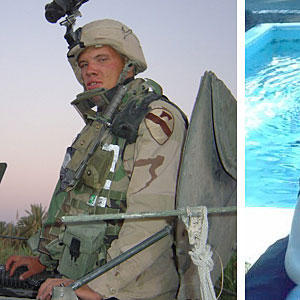