We learn from The Norfolk Beacon that one of the first acts of Judge Baker, of the Superior Court on Monday, Jan. 9, was to sentence Mrs. Douglas, who was convicted at the last term for instructing negroes to read and write, contrary to law, to one month's imprisonment to the city jail, which sentence was immediately carried into execution.

Description:A summary of slavery-related news from the southern press compiled by the Tribune's James Redpath. 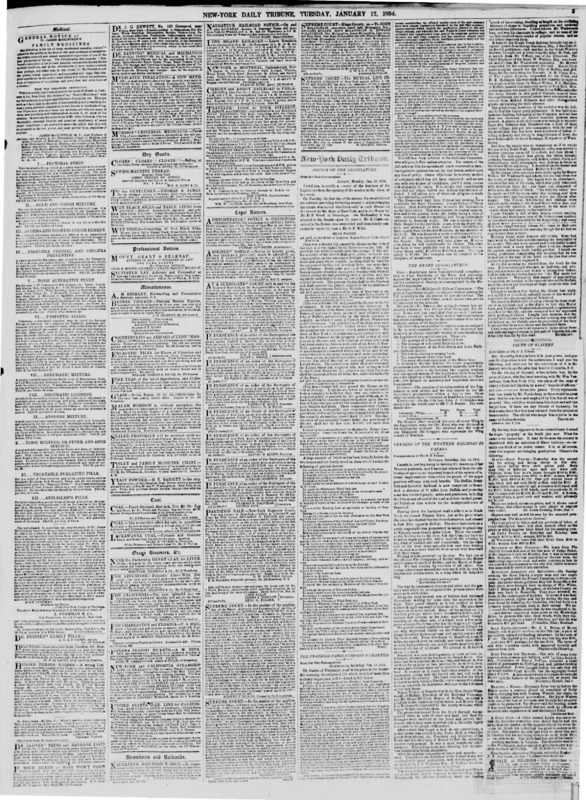