Hercules, is his capacity of an amateur scavenger, once attempted the cleaning of the Augean stables, or some such trifle, and his success was trumpeted throughout the neighborhood as a triumph of ingenuity ans perseverance. If Hercules would come to Gotham and try his hand at the purgation of Mulberry street, our word for it, he would, in less than a week, knock out his brains with his own club in utter despair.

Description:The third installment of "The Witches of New-York" series by the Tribune's humorist Mortimer Thomson (a.k.a. Doesticks) 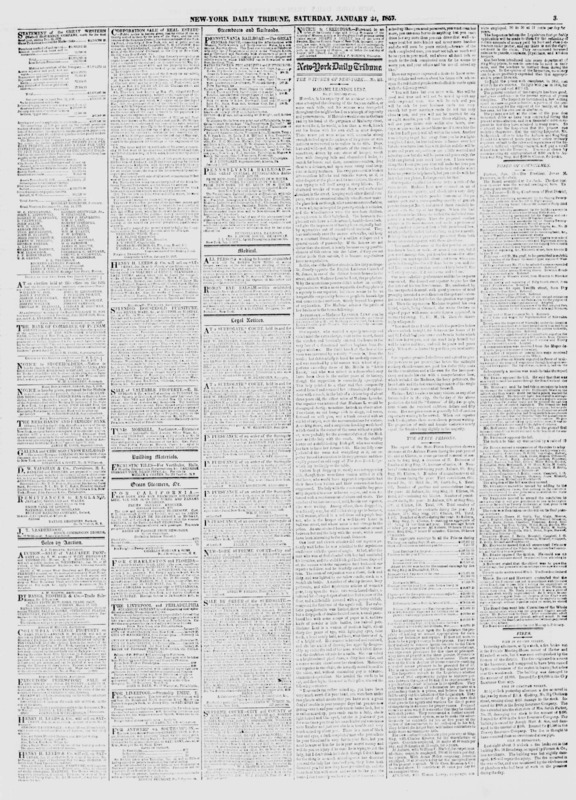