Madame Morrow, the Astonisher, the seventh daughter of a seventh daughter, comes of a prolific family in the north of England. Her advertisement, which is a model of classic English, is a fixture in The Herald, and reads as follows...

Description:The eighth article in The New York Tribune's series about astrologers and fortunetellers titled "The Witches of New-York," all written by humorist Mortimer Thomson under his pseudonym "Doesticks." 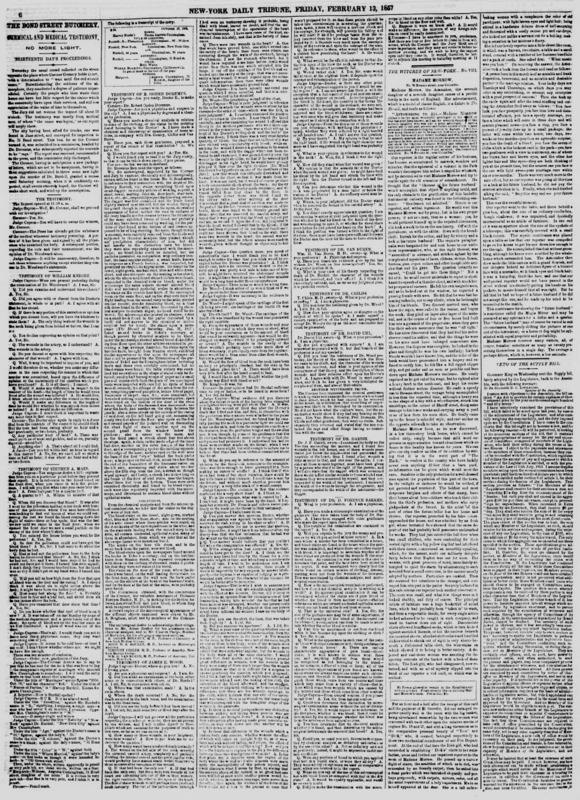