Further Interesting Incidents of the Execution

The sun arose clear and bright, but was presently lost behind a haze which I thought augured badly for the day. By 9 o'clock, however, almost the entire expanse of the blue heavens was free of clouds and the thermometer stood so high that, until late in the afternoon, the windows of houses were open, and all the world were sitting on their porches or promenading the streets. I walked out to the field of execution at an early hour to watch all the preliminaries, and secure a good a place as the fears of the military authorities would accord to a...citizen from the North.

Description:A detailed account of the execution of John Brown (it even includes a diagram of the gallows) by "a Special Correspondent," later revealed to be the Tribune's New-York-based junior agricultural editor Henry S. Olcott. He gained access to the execution by volunteering for a Virginia militia charged with guarding Brown's body. 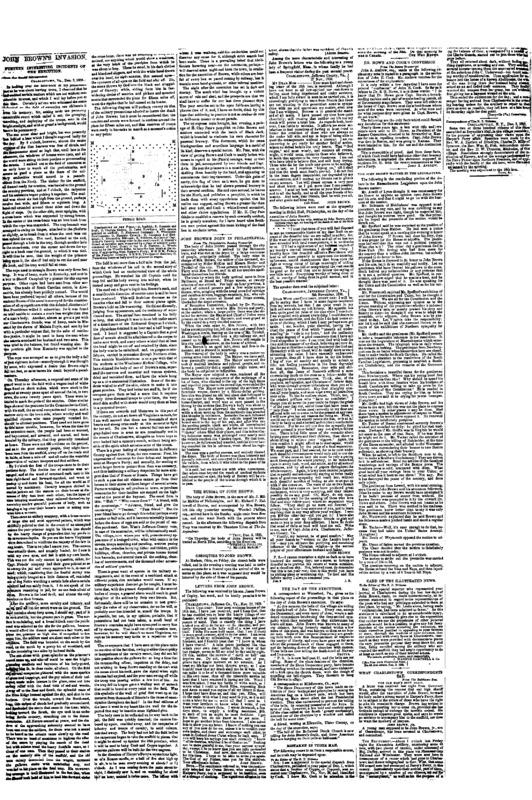