He Make No Speech; He Dies Easy; The Body Hangs Half an Hour; Brown Firm and Dignified to the Last

Charlestown, Va., Wesneday, Nov. 30, 1856.The GallowsThis instrument of death has been constructed, but will not be erected on the place of execution until Friday morning. For the present, it stands in the enclosure of the new Baptist Church. It is made according to the ordinary pattern, with uprights, a cross-beam and trap. It is continually visited by large crowds, and every person seems anxious to procure at least a splinter of wood for remembrance. The loose chips were long ago exhausted, and I saw this morning all sorts of knives used to separate fragments.

Description:A detailed description of the days leading up to the execution of John Brown, including an account of his last moments with his wife. The article is bylined "a Special Correspondent," later revealed to be the Tribune's New-York-based junior agricultural editor Henry S. Olcott, who gained access to the execution by volunteering for a Virginia militia charged with guarding Brown's body. The article emphasizes the high level of security and distrust of strangers in Charlestown that day, making Olcott's reporting especially daring and impressive. 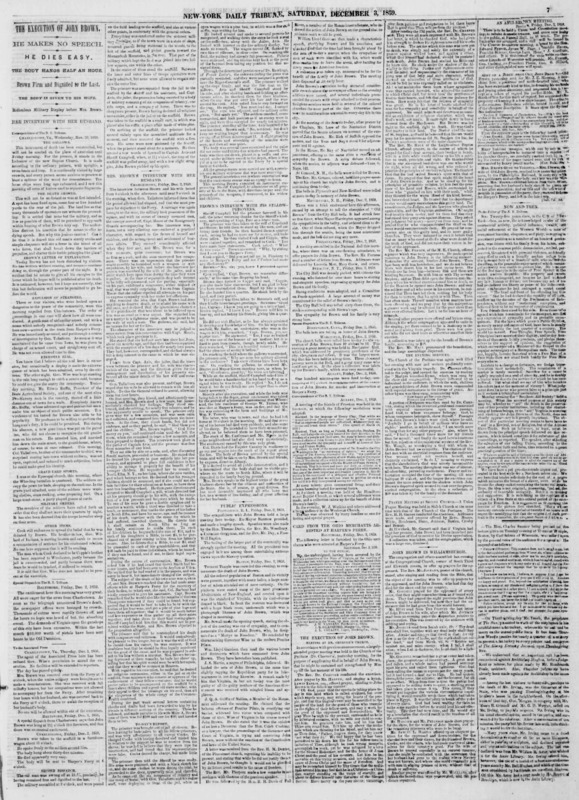