"As the second of December approaches, the excitement relative to the execution of Old Brown increases in this usually torpid town. A deeply-settled feeling of rancor and bitter hate against the North has taken possession of the community - a feeling which you may readily imagine is not lessened by the ridicule showered upon Virginian chivalry by the Northern press. There seems to be a firm belief that on the day of execution an attempt at rescue will be made, and the more excitable ones believe a terrible and protracted civil war will be the result. "

Description:An article describing the fervent mood in the South immediately preceding John Brown's execution. The author was later revealed to be Henry S. Olcott, who attended the hanging undercover. 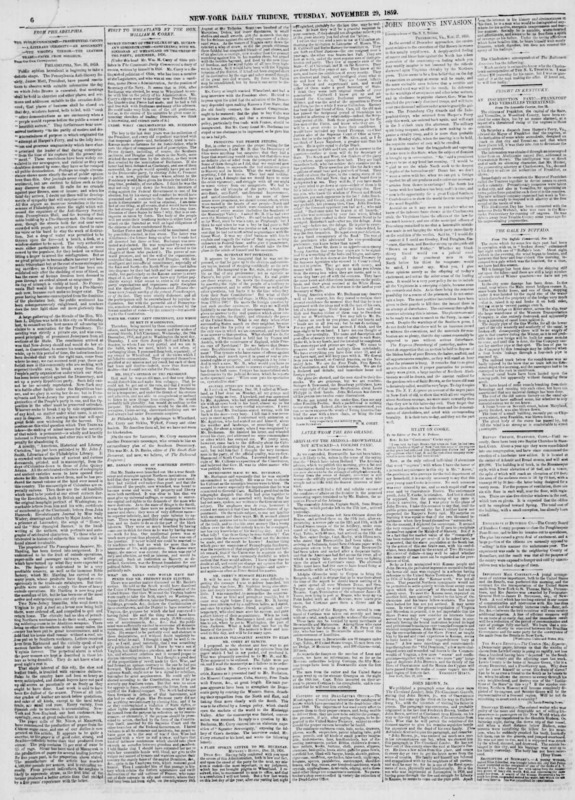