I-"The Contributor: A Cruise in a Queensland Slaver" - George Morrison - The Leader

Report: "A Cruise in a Queensland Slaver" - George Morrison - The Age

"I have shipped as an ordinary seaman, and I am off to see the way in which the labor trade of Queensland is recruited. . ."

Description:The first installment in George Morrison's undercover series "A Cruise in a Queensland" about the recruitment of Pacific Islanders to work on the region's plantations (also called "blackbirding") for Melbourne paper The Leader. Morrison joined the crew of The Lavinia, a "blackbirder" from June through August, 1882 and his series appeared weekly from October 21st to December 9th. He undertook the assignment after taking a leave from medical school, thus his articles are signed "By a Medical Student." 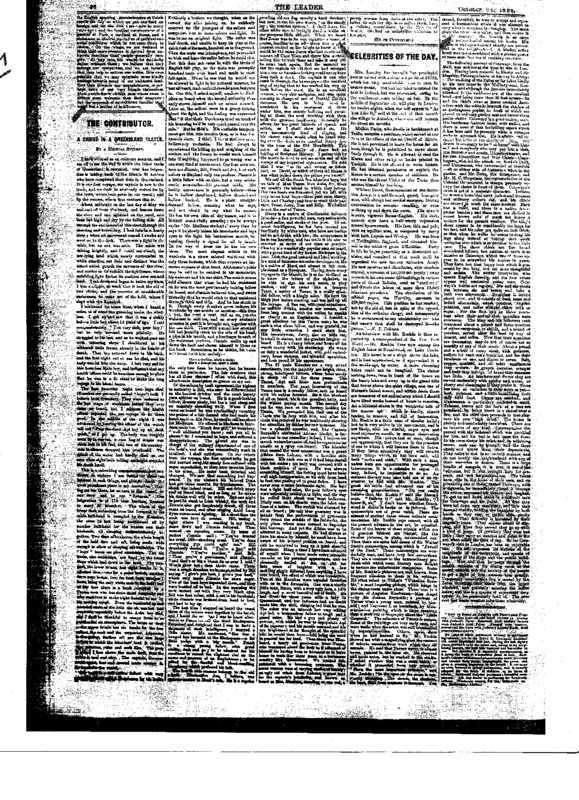