Salem - The expression on the face of the secretary in the District Attorney's office was the first signal that I no longer was an accepted member of society. "We have a prisoner who is surrendering himself, Deputy Sheriff Frances Grace told her. "Is it OK if we let him sit here until they pick him up from the jail? The secretary had been smiling.  Now the look of fear was unmistakable. I felt a wrenching in my stomach. Then I felt anger.

Description:Boston Globe reporter Richard Stewart went undercover as a prison inmate and served six days in a Salem jail for a phony DUI conviction. This is the first of his five part series titled "Doing Time" where he describes his transportation and entrance to the jail. 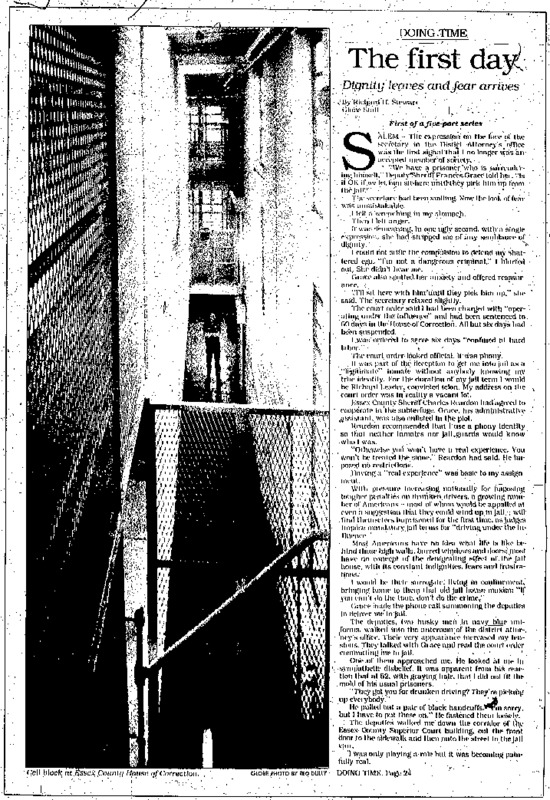