The Cell Block; Life in a Barren 5-by-8 Space

Through the barred door that separated me from the cell block, I could see inmates casually wandering the walkways of the three-cell tiers. Many were dressed as I was - in a mixture of olive drab and khaki. Others were wearing shorts. Some were shirtless, displaying a profusion of tattoos on chests and limbs. Most appeared young and lean, and, I mused anxiously, tough and mean. Would they resent an obvious middle-class, middle-aged man? Would they steal my cigarettes and underwear as the guard had warned? Would they threaten me or worse? How would they react if they found out I was a newspaper reporter in jail on a phony drunken driving charge? Would they assume I was put in jail to spy on them?

Description:Boston Globe reporter Richard Stewart went undercover as a prison inmate and served six days in a Salem jail for a phony DUI conviction. This is the second of his five part series titled "Doing Time" where he describes his fears about getting along with the other inmates and spending his first night in a jail cell. 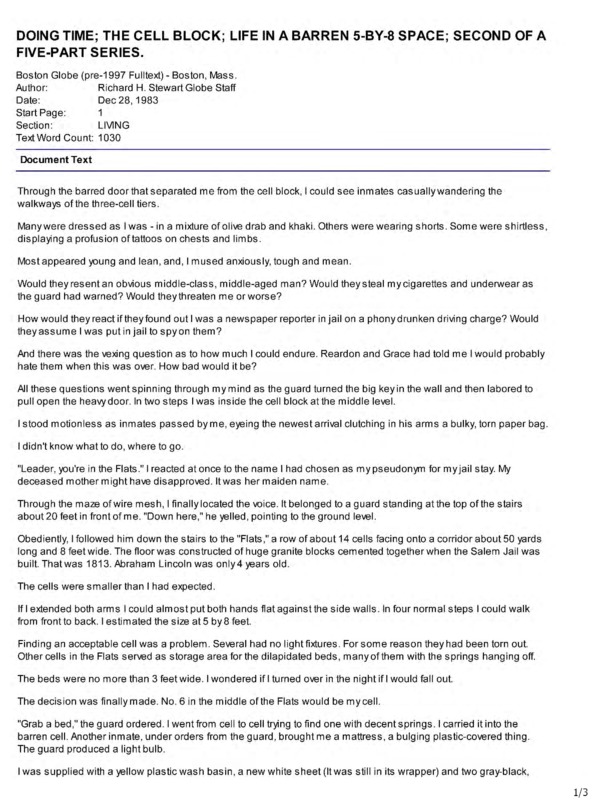