The Final Days in Jail

The large room where the alcohol session was held served a multitude of activities. Most of them took place at the same time. Lawyers met there to discuss cases with inmates. Social workers talked with new arrivals and counseled inmates with problems. Inmates came and went with books because the room also serves as the library. Guards occasionally walked in and shouted names of prisoners who were wanted elsewhere. In the midst of this frenzy, 13 men sat on benches and chairs against a far wall and discussed their personal bouts with alcohol and drugs while they smoked cigarettes and drank coffee from Styrofoam cups.

Description:In the final installment of his series "Doing Time" for the Boston Globe, R.H. Stewart describes in detail the group alcohol counselling sessions he was required to attend as part of his sentence as well as the humiliation he felt when his wife visited. Finally, he reveals the mixed reactions of the other inmates when he reveals his true identity and purpose of his incarceration. 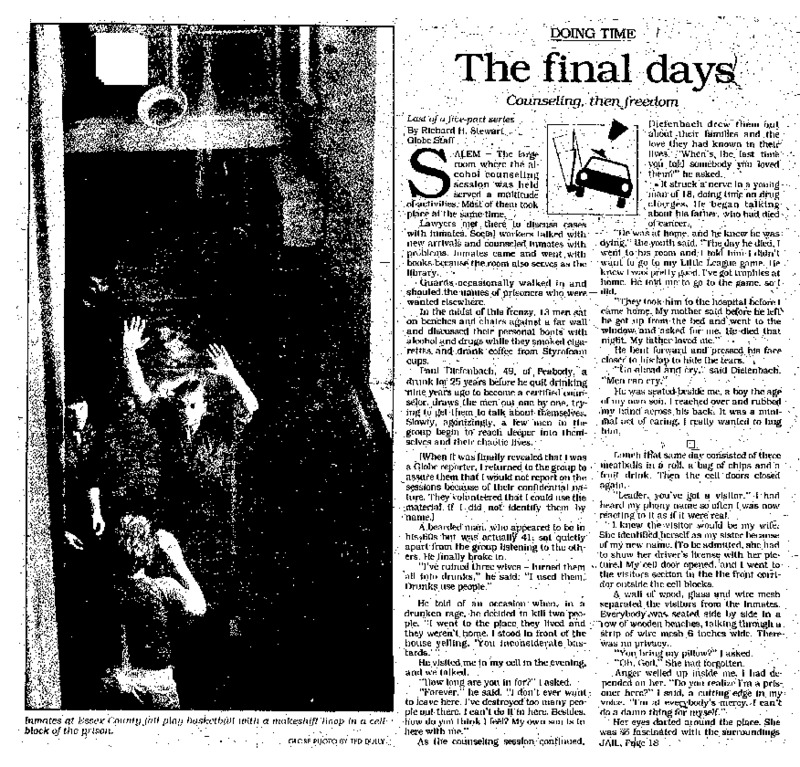