Description:This article tells the stories of Davey and Ford, two inmates in California's prison system, and their struggle to protect themselves against homosexual attackers. While one is gay and the other heterosexual, both experienced the constant terror of an impending attack and had to take extreme measures to protect themselves, sometimes risking extensions of their already lengthy sentences. 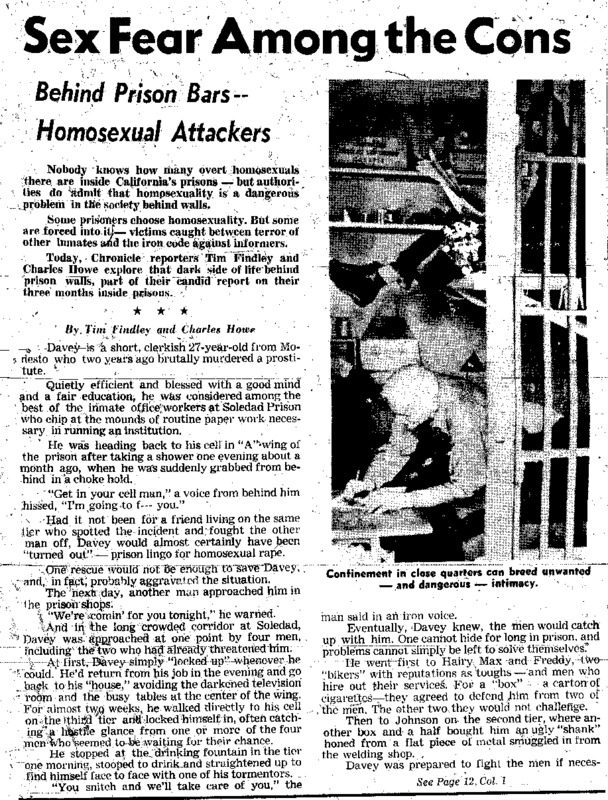