Description:This article takes a look at the history of California's Folsom prison, the state's oldest. Despite being considered the most outdated corrections facility in California, Chronicle reporter Findley discovered that it is a favorite among the state's inmates, housing a high proportion of repeat offenders who claim to appreciate its straightforward, no-frills attitude. As one inmate put it, "They don't mess with your mind at Folsom. You know where you stand - you just do your own time and you won't have any trouble." 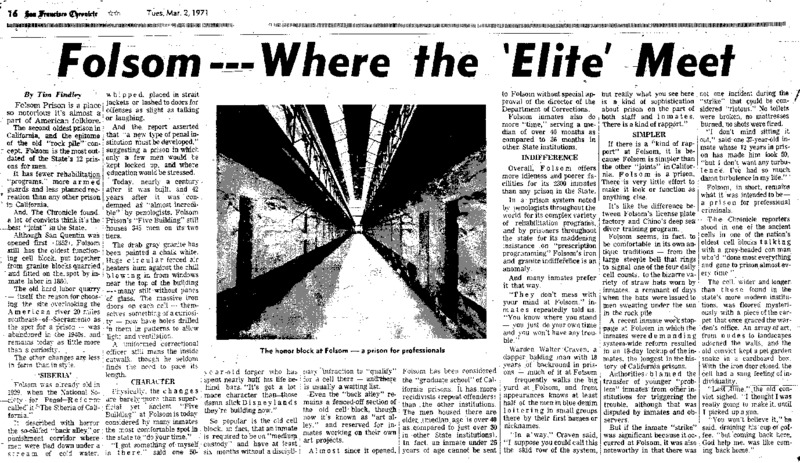