Description:Part of his undercover assignment as a San Quentin prison guard for the Chronicle's "Behind Prison Bars" series, reporter Charles Howe describes the drill of "shaking down" inmates to make sure they aren't carrying concealed weapons. 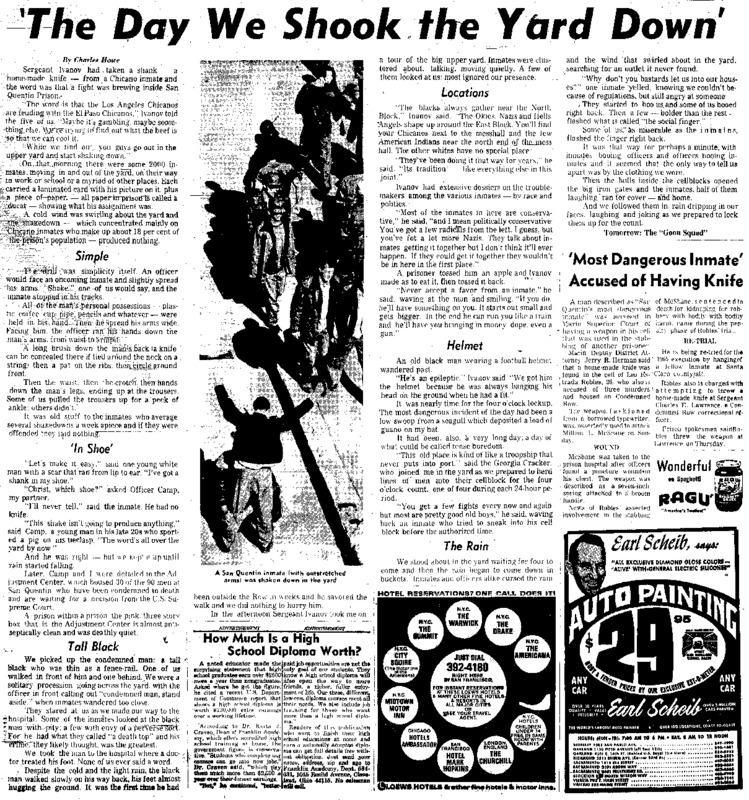