Description:An article about a "lockdown" at San Quentin Prison, following a spree a stabbings that left 5 inmates injured. Although the article is unsigned, Chronicle reporter Charles Howe was in the middle of a one-week undercover stint as a prison guard at San Quentin and therefore a likely contributer to this report. 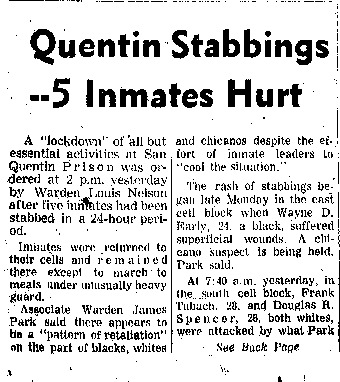