The most vivid and truthful picture that has yet been drawn of the saddest of modern civilization is Jack London's "People of the Abyss." The artistic power which enabled the author, in his "Call of the Wild," to give an enthralling interest to the experiences of a dog without in any way endowing his animal hero with other than animal powers, has enabled him in this volume to depict the wretchedness of the life of London's poor without ever using his imagination - save to see the mind and spirit of those who live in the environment described.

Description:A very positive but unsigned review of Jack London's "People of the Abyss." The author applauds the book for its vividness and "real life" feel. 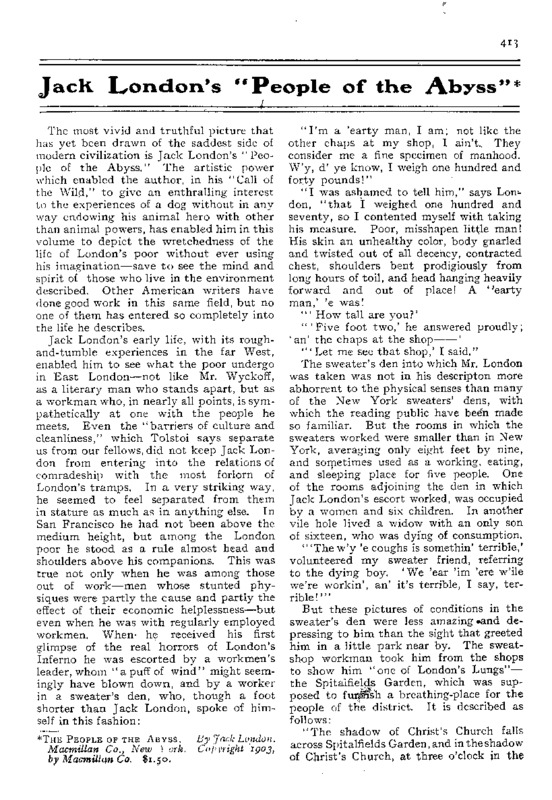