Medicaid was launched in 1966 with two major goals: quality of care for the poor and freedom for the patient to choose his own doctor. Both ideals, so proudly hailed at the beginning, have been buried in the grab for the medical dollar.In New York City this year, about $1.3 billion will be spent on medical assistance for the poor - as much as all other welfare costs combined. Of that sum, about $180 million will go to the physicians, dentists, and other individual providers while the rest will be paid out to hospitals, nursing homes and other institutions. Most doctors refuse medicaid patients, and the city records show that only 3,000 of about 23,000 doctors have ever taken a medicaid case.

Description:The ninth installment of a Pulitzer-prize-winning series exposing medicaid fraud by New York Daily News reporter William Sherman reveals how only a very small proportion of doctors accept medicaid and those who do, more often than not, offer substandard care. 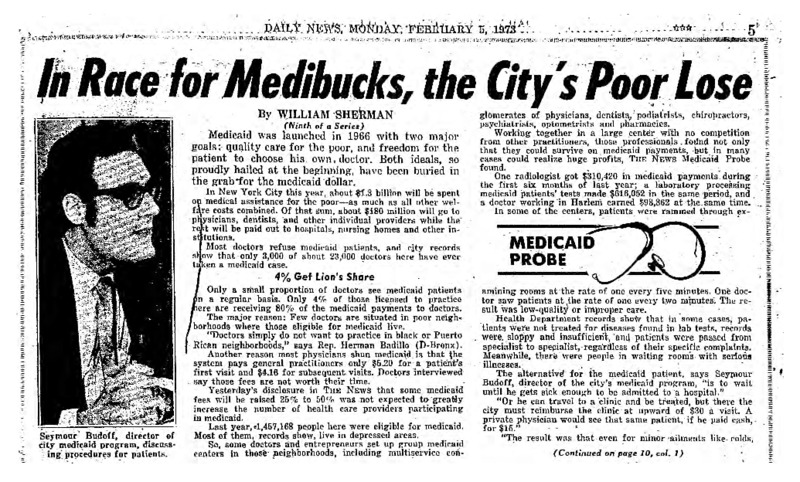