Fred Fisher is a medicaid dentist with an East Harlem practice who neatly extracted $800,000 from the city in two years, much of it in an alleged double billing scheme for false teeth and other work that some of his patients never needed in the first place. Although indicted two years ago by a Manhattan grand jury on 241 counts of submitting fraudulent bills, Fisher, 37, is still running his medicaid operation at 1690 Lexington Ave. out of the second floor of an old frame building. Since he opened his nine-chair office at 103d St. six years ago, Fischer has billed the city for more than $1 million, much of it for work performed by other dentists in his employ. 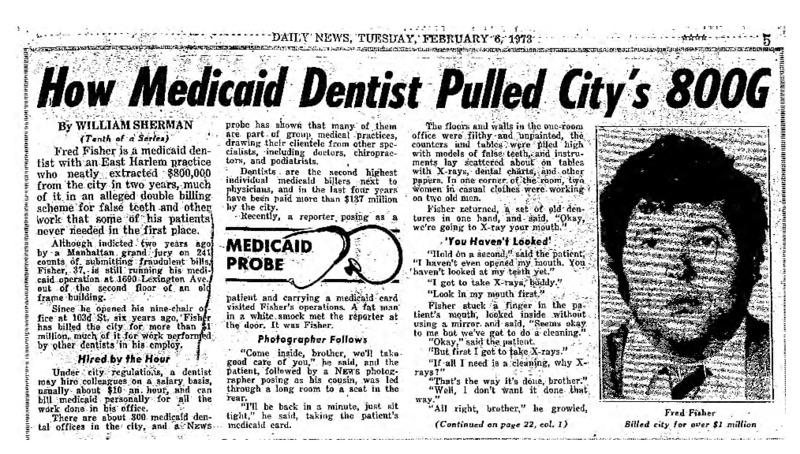