Description:The first article in the Chicago Tribune's investigation into Chicago area nursing homes. It was the first project undertaken by their successful "Investigative Task force." Reporters took jobs in nursing homes so they could get a firsthand look at what was happening in these "warehouses" for the elderly. 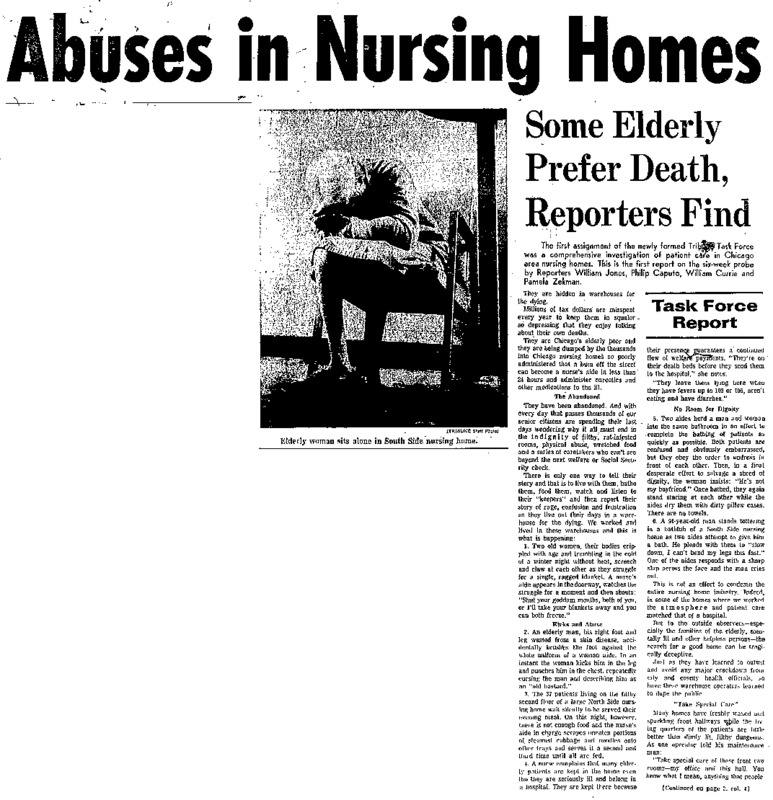