Podiatrists have socked the city for more than $35 million in the last seven years. The taxpayers are footing the bill for expensive and often unnecessary care, according to the city's Health Department.A News reporter, posing as a welfare client with a medicaid card, recently asked for a podiatrist at a lower East Side group practice. He found that bills and X-rays come first, before he even took off his socks and shoes.

Description:In this sixth installment of the New York Daily News' investigation into medicaid fraud by William Sherman, he goes into a podiatrists office hoping that a doctor will look at his foot - and they do everything but. 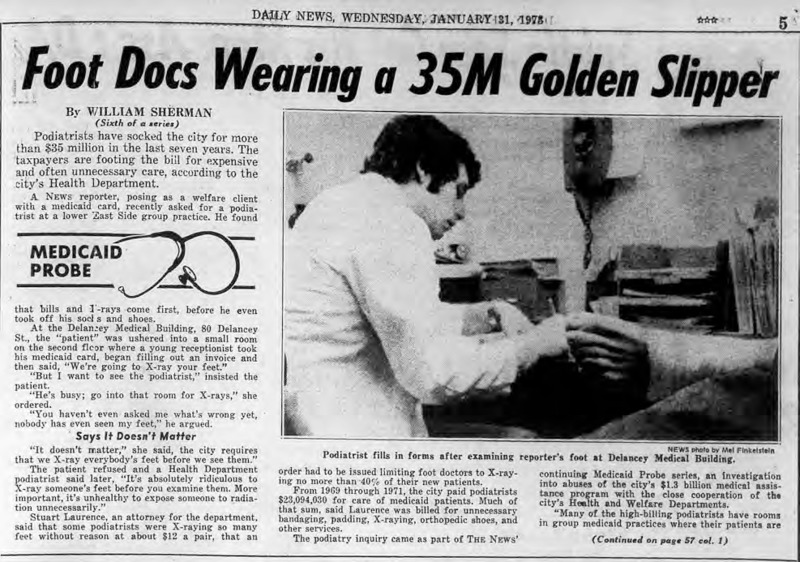