Description:In his second article in his series for the Chronicle, Salinger reports on his first night spent in jail as he awaits his trial. 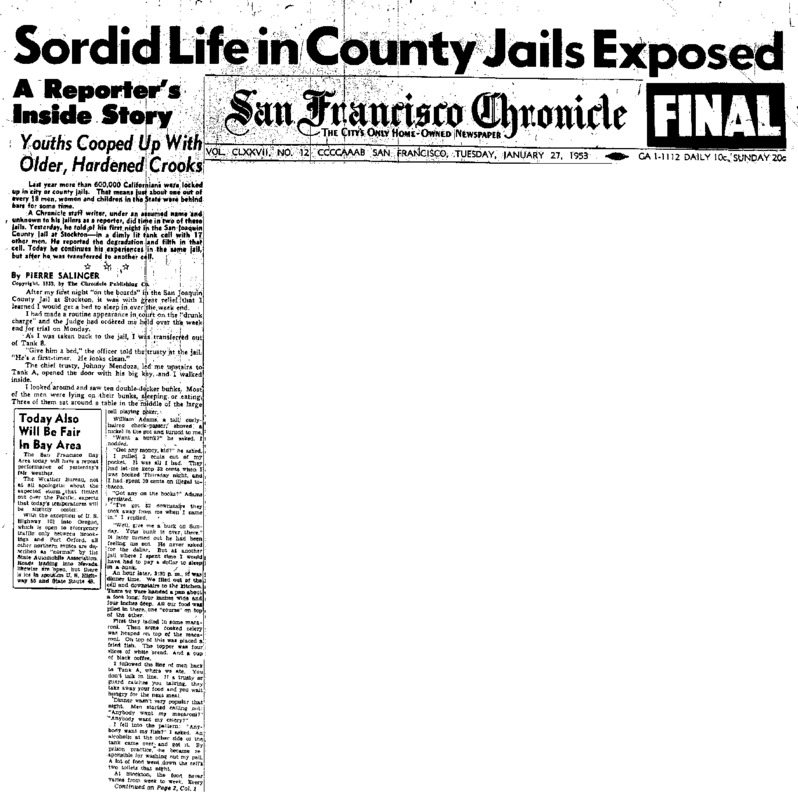