Description:In the third installment to the California Jails Expose series, Pierre Salinger describes a fight he witnesses while at San Joaquin County Jail. 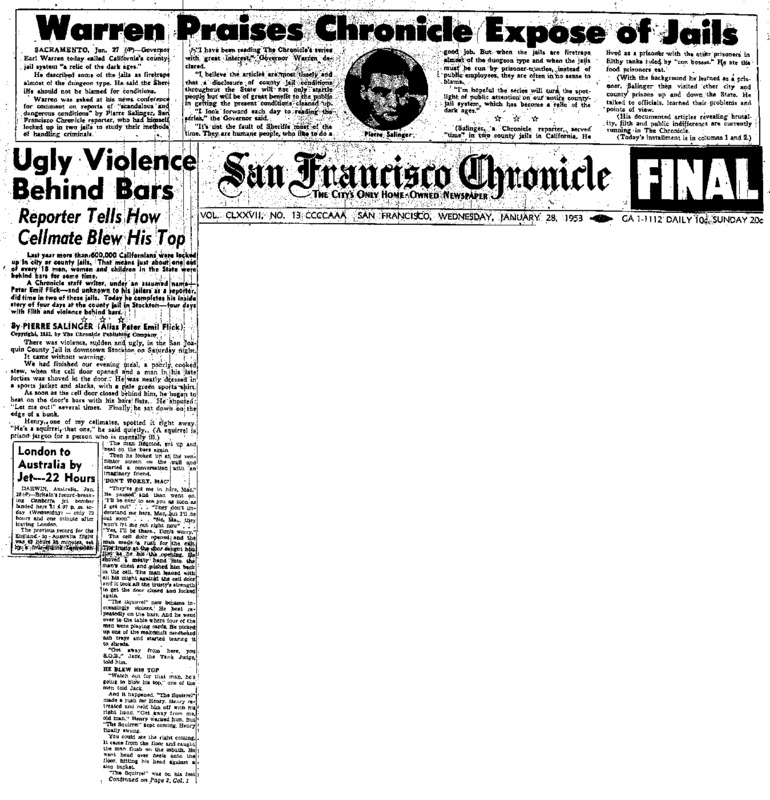