"The two-man private ambulance crew stood over the gasping middle-age man in his north side apartment, arguing with a friend of the victim.  "That's all he's got is two bucks?" asked one of the attendants.  "He's gotta have at least $38 or we can't take him.  Ain't he on welfare or medicare or something? We ain't got a chance of collecting on something like this."  The friend shook his head and pointed to the $2 on the table.  "That two bucks is all I could find," said the friend.  "But he's got a job so he'd be good for the money."  Both attendants shook their heads and shrugged.  One of them called his office, Mid-America Ambulance company, 5651 Midison st., and said the crew had been ordered to leave the premises without the victim.  Then they dragged the victim of an apparent hart attack to a kitchen chair where he slumped over the table.    Before leaving the apartment, one of the attendants commited the final indignity. He pocketed the victim's last $2. . ."

Description:The third report from Tribune reporter William Jones, who worked for two months as an ambulance driver in Chicago. 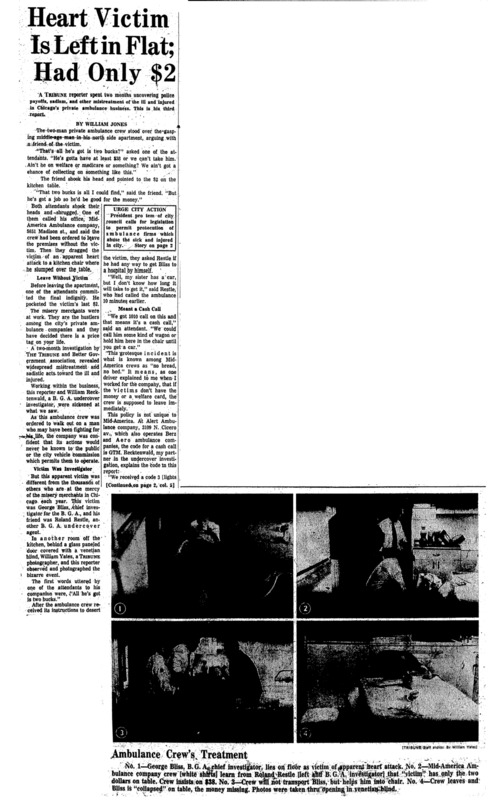