"Sometime on the afternoon of May 11, on Chicago's south side, a black man named James WIlliams suffered a fractured hip.  The cause of the accident is not known and even Williams may not remember where it happened because he is subject to epileptic seizures.  But the story of what happened to this 40-year-old Chicagoan is the story of the hustlers among the city's private ambulance business who buy and sell human beings.  It is also the story of their partners in this grisly business - a group of Chicago policement who are willing to sell people like Williams for $10. The bizarre partnership, which flourishes in all sections of the city, was uncovered during a two-month investigation of the private ambulance business by the Tribune and the Better Government association. . ." 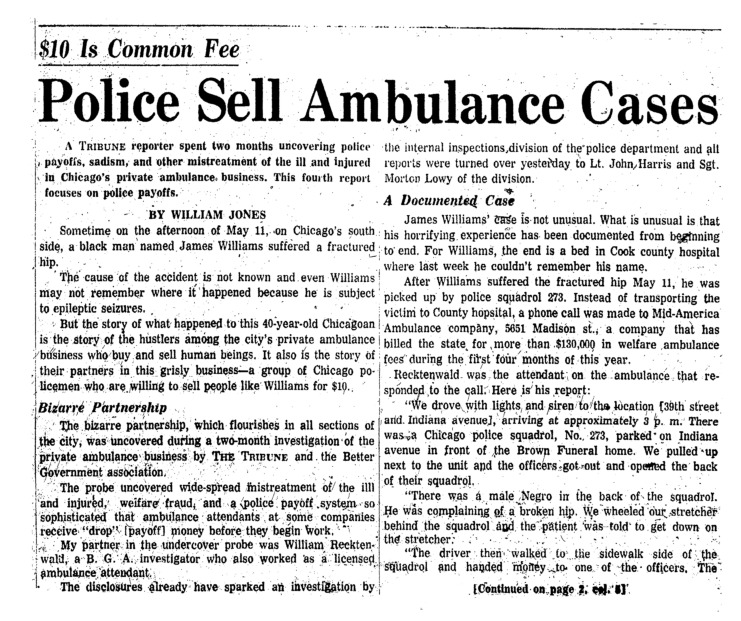