"Two years ago the director of all welfare payments for the state of Illinois decided "welfare business is good business."  He was so convinced that there was a profit to be reaped from the state's multimillion dollar public aid budget that he quit his post in Springfield, formed a company named Welfare Billing service, and began advertising among Chicago area ambulance operators, doctors, and medical clinics. . . "

Description:The fifth article in the Tribune's series on private Chicago ambulance firms. This piece covers the firms' inflated welfare fees. A companion story in this issue reports on the three firms that were banned from transporting the poor as a result of this series. 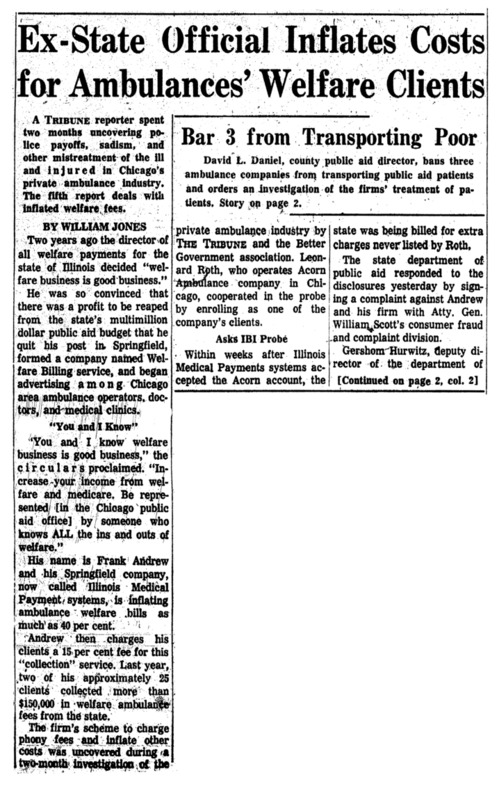