"Mayor Daley announced a sweeping plan to improve Chicago's ambulance service yesterday that includes an immediate 40 per cent increase in the number of fire department ambulances and the training of private emergency crews under the supervision of physicians and the Chicago fire academy.  Daley said the first phase of the plan will begin July 1, and will concentrate on improved ambulance service for the 'poor and indigent' . . ."

Description:A follow-up piece on the reforms planned in the wake of Jones's six-part undercover series on the city's private ambulance firms for the Tribune. 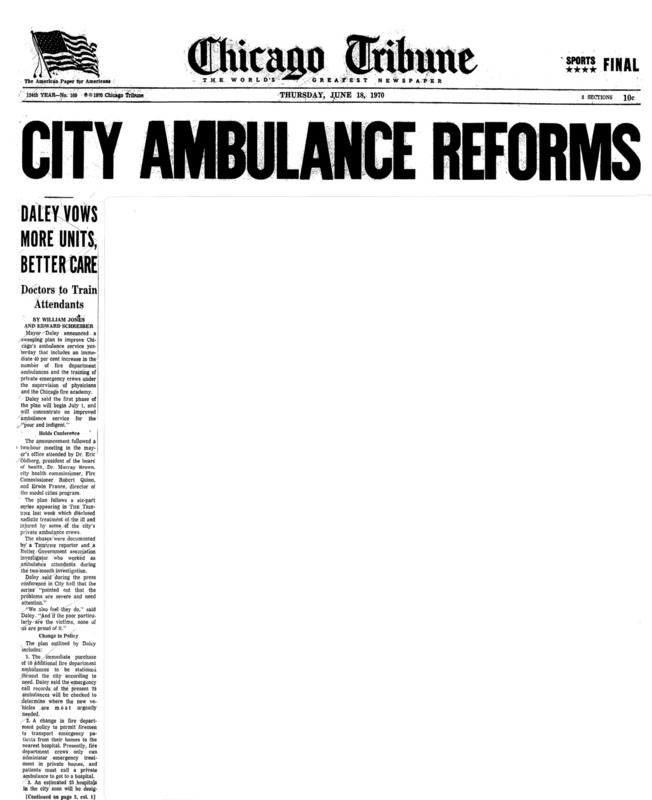