Old Louie was a little guy with a gaunt, pink face and a bushy mass of white hair that stood straight up on his head. He was a bum and, like other Baltimore bums, he insisted he was leading a secret life. Whenever pressed or drunk, Old Louie declared that he was not truly down and out but rather a descendant of Manchu royalty traipsing incognito from flophouse to flophouse recruiting an army to overthrow Mao. 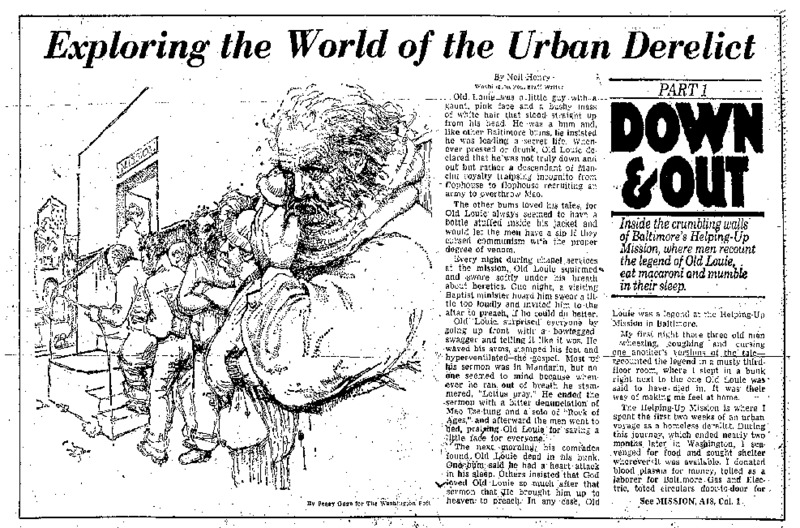