By TIMES men who joined it!

"The regimented tread of marching men under the flaming nazi swastika resounds from coast to coast in the United States today. In uniforms strangely suggestive of those worn by Adolf Hitler's nazi storm troops a relatively small but rapidly growing army is preparing for the American counterpart of "Der Tag," when it plans to seize control of the United States. "We are not plotting a revolution," leaders tell their followers. "But we are going to be prepared to wrest control from the communist Jews when they start their revolution. We will save America for white-Americans. . ."

Description:The first in a series of articles based on time spent with American Nazis in the lead up to World War II. Multiple Times reporters posed undercover as Nazis. 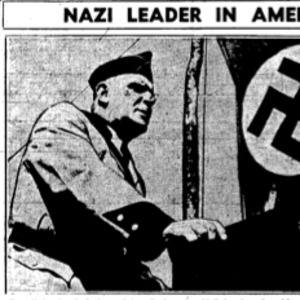 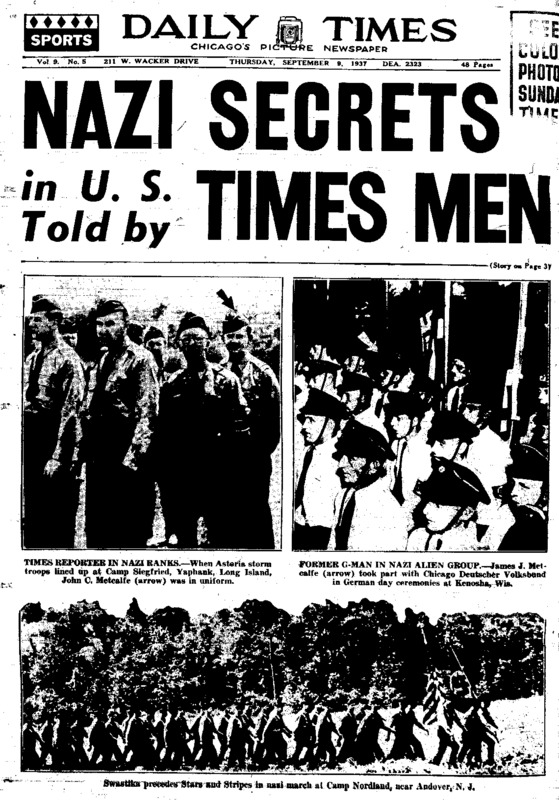