American nazis, aping the Fuehrer of their homeland, applaud vicious attacts on Chicago's Cardinal Mundelein, the Roman Catholic Church, and all Christian religions which conflict with national socialism.  But the Chicago leader of the Amerikadeutscher Volksbund, buck-toothed Peter Gissibl, a tailer, makes cassocks for priests and is actively soliciting their business.  Early this month, Times reporter James Metcalfe, who became a Deutcher Volksbund storm trooper under the name of Oberwinder, drafted a letter for Gissibl which his business partner said was to go to 250 Catholic priests.

Description:The Times series of undercover reports from inside the U.S. nazi movement before World War II continues with a look at the Bund's complicated conflicts with Christianity, particularly Catholics. 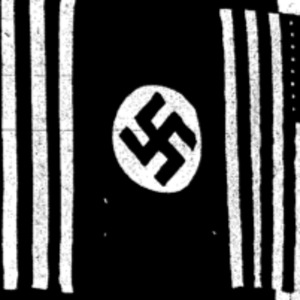 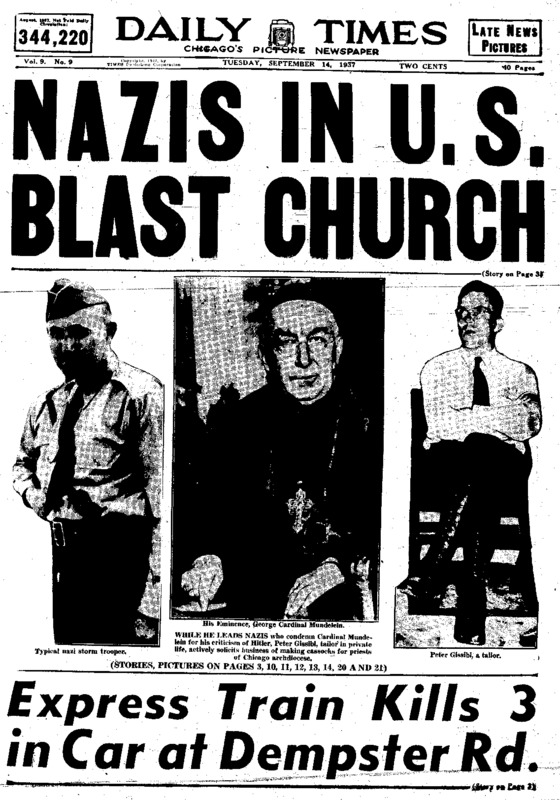