Backed by a flood of nazi propaganda, a movement to boycott all Jewish merchants and all newspapers, movie theaters, and radio program sponsors employing Jews in preference to gentiles is being pushed strongly today by the Amerikadeutscher Volksbund and allied organizations. The movement was started by the Friends of New Germany, predecessor of the Bund, in 1935 to counteract the boycott of German goods. Rebate stamps are issued to customers who purchase in Bund-approved stores. Most recent support for the campaign came from Donald Shea, Baltimore, founder of the National Gentile League, inc., who spoke at the Bund's camp Nordland Sept 5. He was widely cheered when he announced his organization would join the Bund's boycott.

Description:The continuation of two series of undercover reports on the U.S. nazi movement; a report on a Jewish boycott in the U.S. started by extremist groups in reaction to a German boycott. 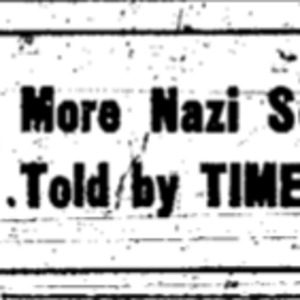 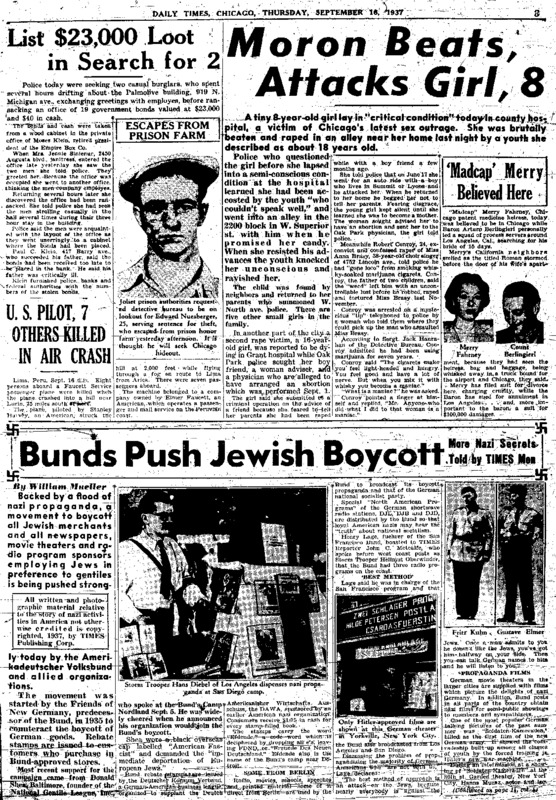