A bewildered little woman, aged beyond her years, sat in her shabby basement apartment at 2631 Lakewood ave., today sobbing for "justice" from her American nazi storm troop husband who deserted her for a childhood sweetheart. She is Mrs. Freida Lee, 54, and she told her story after identifying a picture of Robert Lee, Los Angeles member of the Amerikadeutsher Volksbund, as the husband who deserted her on Dec. 13, 1932.  The picture appeared in the TIMES Sept. 10 in connection with the series on American nazis.

Description:The continuation of two undercover series of articles based on time spent with American nazi groups, and other articles supplementing the publication's investigation into extremist pro-nazi Americans. 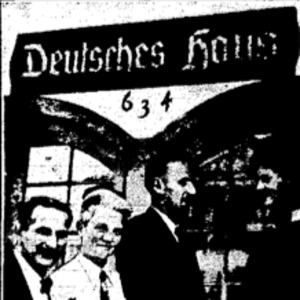 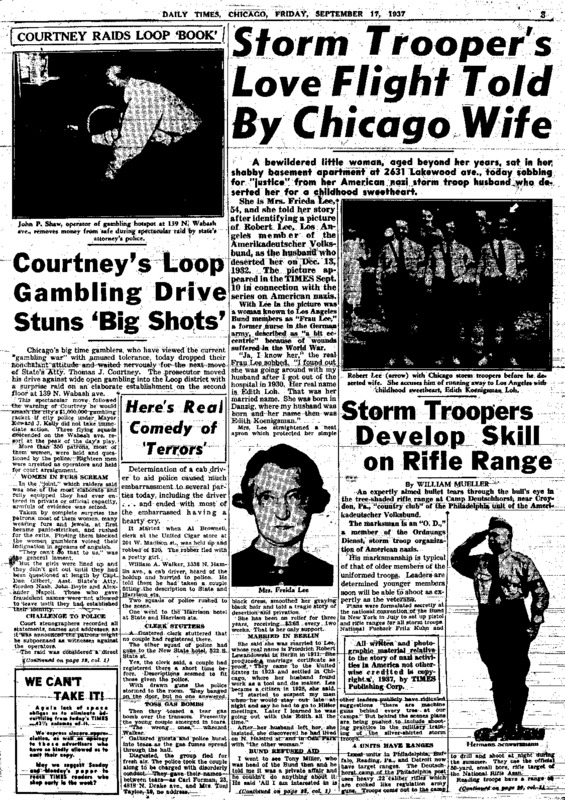