By the very pinnacle of American naziism - Der Fuehrer Fritz Kuhn - the TIMES was informed of a "special arrangement" between the German-American Bund and Chancellor Adolf Hitler of Germany.  Ramifications of the "arrangement" Kuhn declared, include a secret relationship between the Bund and the new German ambassador to the United States and German counsuls throughout the country.  Publicly, Kuhn has said repeatedly:  "We are strictly an American organization with no connections with Germany." But in the privacy of his executive office on the second floor of the Bund national headquarters at 178 E. 85th st., New York, he had a different story to tell one of the reporters who became a trusted storm trooper.

Description:Two undercover series on American nazis continue, and an article about the findings of one undercover reporter's conversations with the leader of the American nazi movement. 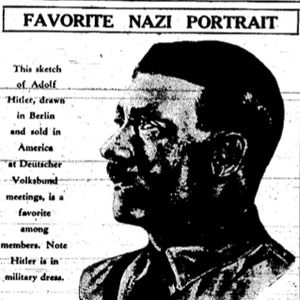 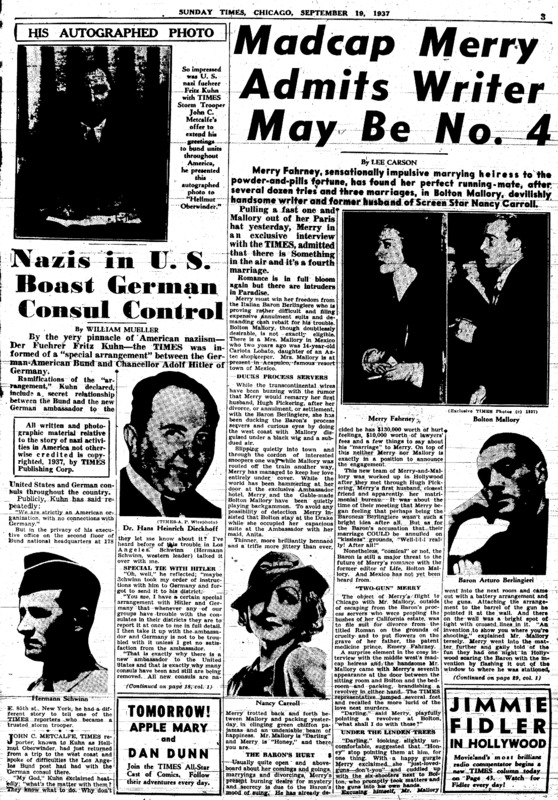