The fact that the Amerikadeutscher Volksbund has opened its membership to German citizens "some day may cause a lot of trouble," Fritz Heberling, fuehrer of the Deutscher Volksbund tells me.  We are seated in Heberling's home at 3240 W. Warner ave. for a "school" session.  I have volunteered to help Heberling with English pronunciation and grammar and he is to help me with German. He says he never could conscientiously become an American citizen because he could not be loyal to two countries at the same time.  "you know," he explains, "one time I went to the courthouse - the federal office - to file my intention but when I went up the steps and saw those people writing out papers and swearing, I just could not do it.  I turned around and went out again.

Description:The continuation of two undercover series of reports on American nazi groups, and an article on the call for a launch of a probe of the groups by a U.S. senator. 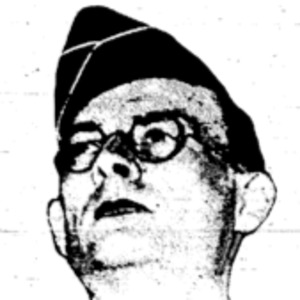 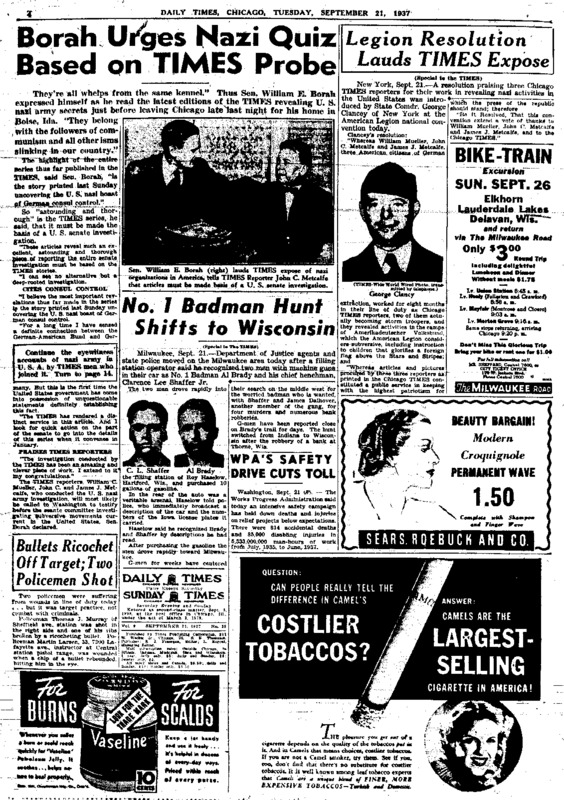