Fritz Matthes, commander of the Deutscher Volksbund storm troops, tells me how he fooled reporters who wanted to know the name of the Chicago Fuehrer at the Kenosha German day celebration. "First we told them it was Goldburg," he laughs.  "then we say his name is Dickstein."  I tell him it was a good joke and pretend to enjoy it heartily.  Matthes gives us a lengthy speech on staying out of trouble when we are in uniform and denouncing those who did not make their appearence in uniform, declaring they apparently lacked the courage to join us. 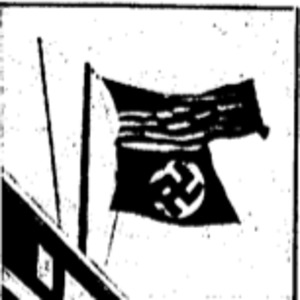 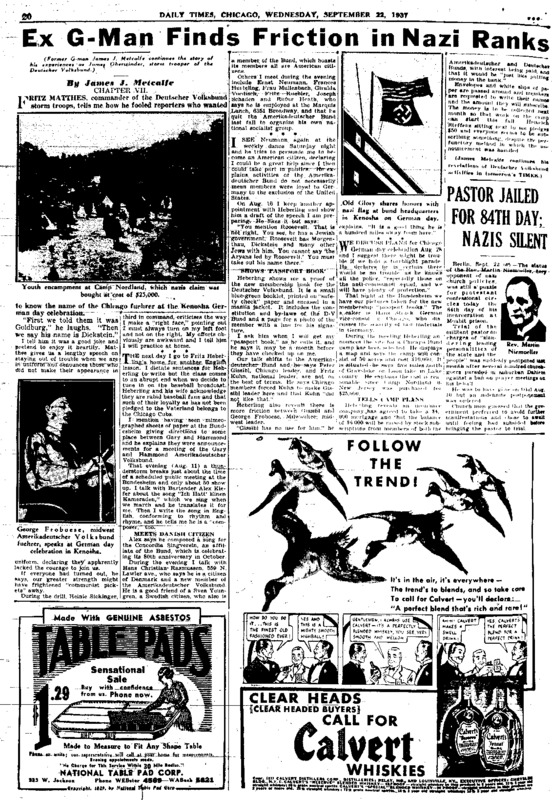