Throughout the summer Billy Rose swings his colorful water carnival at the Clevelant Great Lakes exposition to a might climax while a chorus sings, "It can't happen here!" Black shirts, brown shirts, reds collapse in a fantastic dance when a peace loving legion of Americans marches onto the stage.  But in a basement apartment a few miles away, I meet an Amerikadeutscher Volksbund fanatic, who is convinced "it can happen here."  He is Adolph Scheidt, alias Schmidt, 564 E. 120th st., a sheet metal worker employed by the General Aviation Corp., and secretary of the Cleveland Bund post.  A disabled German world war veteran, Scheidt apparently is in almost constant pain.  he breathes hard and occasionally twists his body and grips his side as if to ease the pain.  His icy eyes stare at me suspiciously as I meet him in front of his apartment.  I introduce myslf and he gives me the nazi salute. 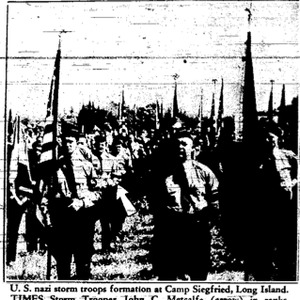 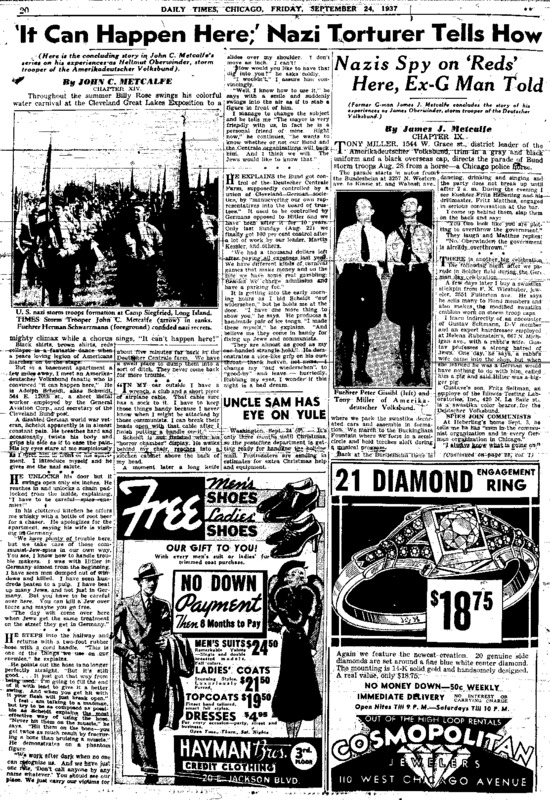