The manufacturers' response to knowing I worked on their garments seemed miled to the way Oscar and Martha Herrera greeted the news that I was a journalist, not a Brazillian garment worker.  The first time I entered the shop as a newspaper reporter, one sunny Tuesday afternoon, the Herrera's responded to me cooly but politely.  Oscar stood over the mangle, swiftly arranging the blue trousers on the roller before he lowered the steaming top.  As I approached, he looked up with a puzzled expression on his face.  Some of the other workers that had befriended me when I worked in the shop came forward, like Sergio from Guatemala.  He recognized me immediately and smiled. He knew something was up.

Description:The reporter, who worked in several factories in LA posing undercover as an undocumented worker, confronts the owners of a smaller garment contractor. 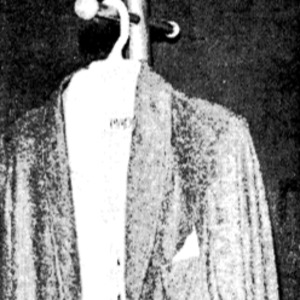 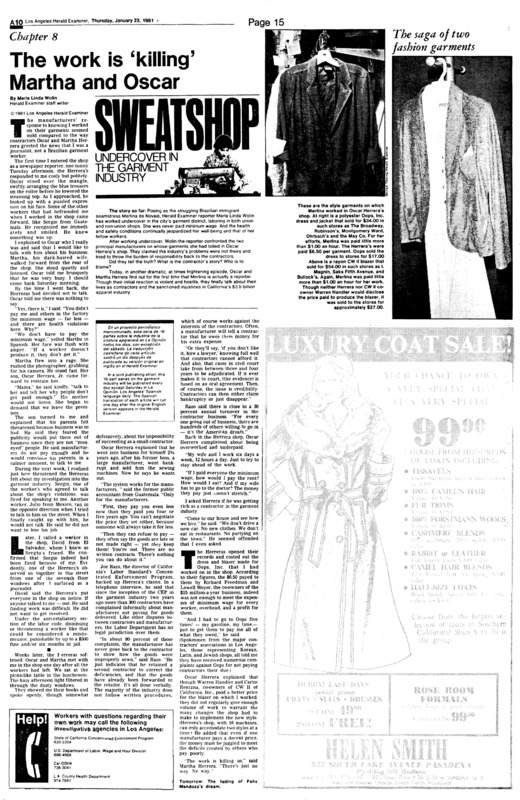