Central State Psychiatric Hospital is a warehouse for the storage of people - an unaccredited and unclean hospital with more than half its doctors unlicensed to practice in Tennessee. I know. I just spent 31 days there. From Dec. 14 until last Sunday, I posed as a patient at Central State to observe conditions and treatment firsthand.  No member of the staff was aware of the role I was playing. During my month's stay, these conditions were glaring and obvious:  The hospital is unaccredited. There are a number of reasons, including substandard facilities, lack of equipment and supplies, failure to meet fire and health standards and unlicensed physicians in key clinical and administrative positions Eight of the 14 full-time physicians at Central State do not have licenses to practice in Tennessee. Most of them are foreign born doctors who are unable to pass the state examinations. Unsanitary conditions prevailed not only in my building but in other buildings I visited on the hospital grounds.  Toilets went for weeks without cleaning. We patients who were there were rarely encouraged to practice personal hygeine.  Walls and halls reeked with dried urine and vomit. Patients may get no comprehensive medical examinations upon admittance.  Officials there say they do not have the staff and time for such a complete examination immediately.  I recieved only a chest X-ray and blood and urine tests.  Patients may recieve no psychiatric examination upon admittane.  A staff member told me that if I wanted to see a psychiatrist I "should go on the outside and pay $59 an hour." I never had a psychiatric examination the entire month I was at central state.   On three occasions during my month's stay I met for about 10 minutes with a "staffing team," headed by an unliscenced psychiatrist, nurses, aides, social workers and sometimes an occupational or recreational therapist and a chaplin. 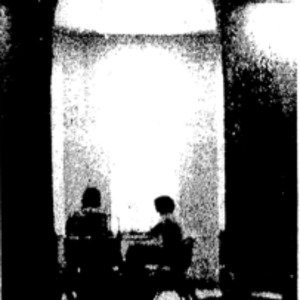 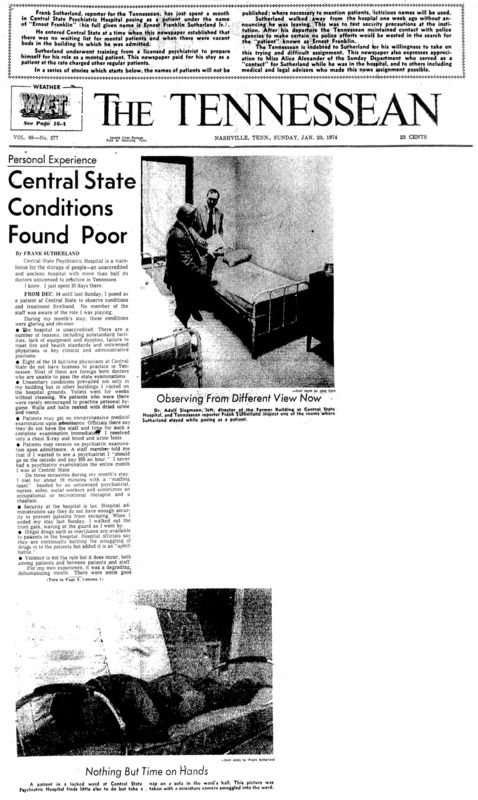