It is impossible for a person who is sane to feel the same way about entering a psychiatric hospital as a person who is mentally ill. But the feelings of apprehension and loneliness uncertainty and even fear which I had in Central State Psychiatric Hospital cannot be escaped by the sane or mentally ill. Any human being must feel those emotions. As I entered the hospital Dec. 14, I had to wonder, does the mentally ill inmate really know what is happening around him? If he does, he realizes that the hospital is unaccredited and that more than half of its doctors are unlicensed in tennessee.   While I had the advantage of knowing this before I entered the hospital, all of us living there knew the physical facilities and the general atmosphere of the hospital are demoralizing and depressing.   I entered the hospital mentally healthy with a task of observing what happens there, but the buildings, the system and the people worked on my mind, constantly pulling me down.  It was an emotional drain just to exist there. I found that not only was I working to report what goes on there. I was working to survive. 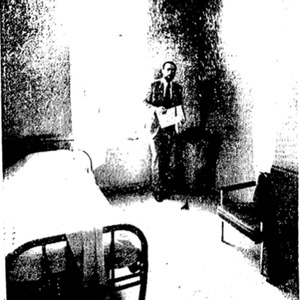