Description:Marvel Cooke, the first black and only woman reporter at the New York Compass in 1950, reprised an earlier assignment she had taken on for The Crisis in 1935 with Ella Baker: posing as a day laborer for hire. The point was to highlight the larger economic realities that had reduced black women, once employed full time in white households, to working piecemeal for a pittance. 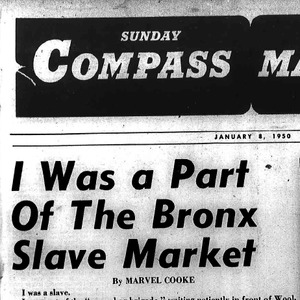 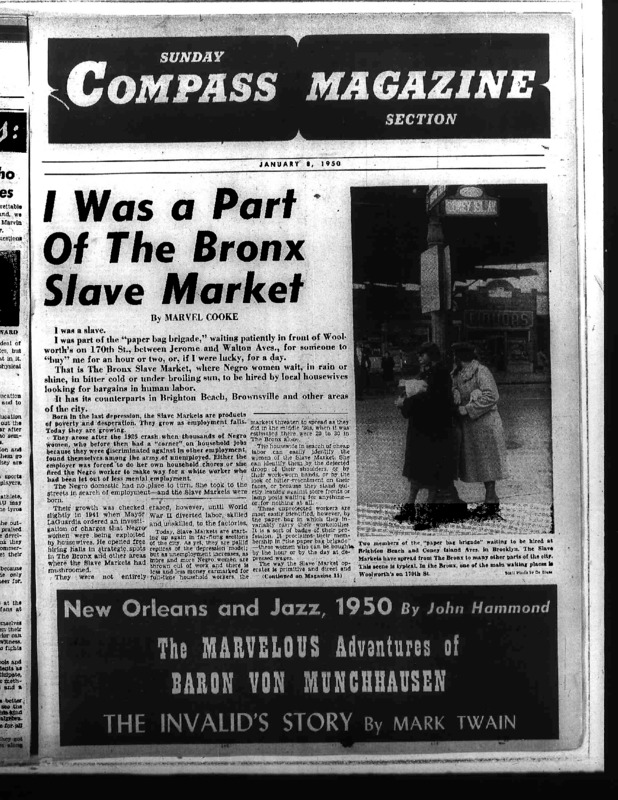