Description:Annie Laurie, aka Winifred Sweet, later Winifred Black, (and later Winifred Black Bonfils), feigned illness on a street and was taken to the San Francisco Receiving Hospital, where she was ill-treated. The story launched a long illustrious career. 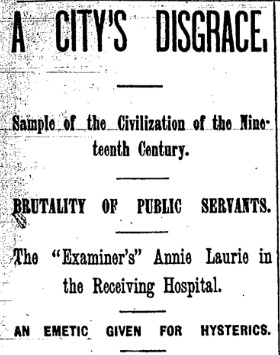 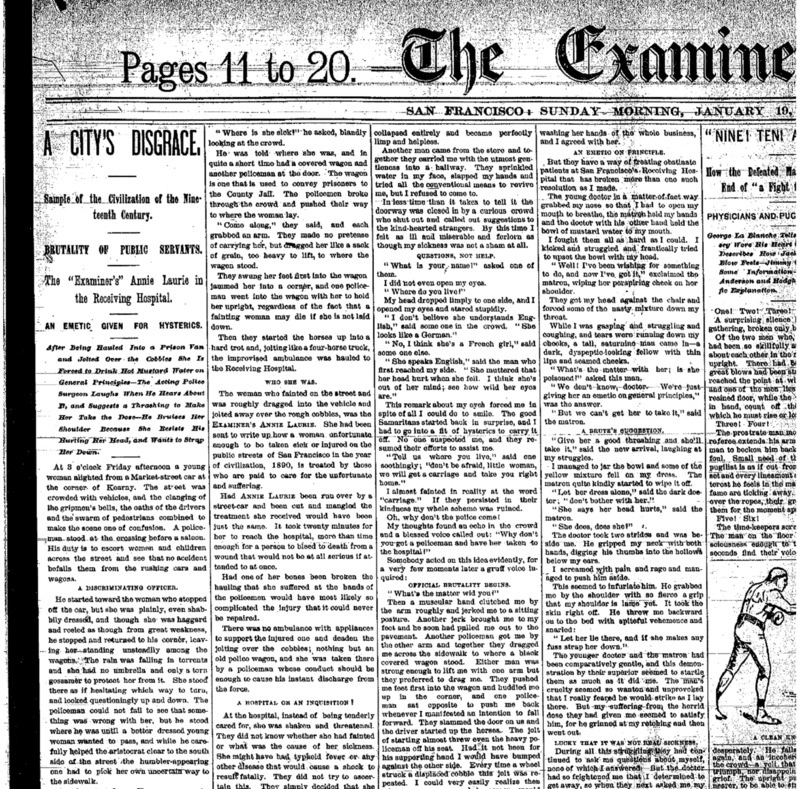