"Editor's Note - We began two years ago to gather the facts for this series of articles on the woman at work. The original investigations were made by Mrs. Rheta Childe Dorr, who obtained employment in certain typical manufactories and department stores, and lived among the working women in our great mill centers. Dr. Wey, an able sociologist, who had been connected with the United States Census Bureau, was engaged for six months supplementing the facts collected by Mrs. Dorr. Finally, ten months ago, all this material was turned over to William Hard, who again went over the ground, interviewing labor leaders, manufacturers, and working folk -- gaining a first-hand knowledge of this great subject. The importance of the conditions revealed cannot be overestimated; and in presenting Mr. Hard's articles, we desire our readers to realize how thorough has been the research on which they are founded."

Description:Another series published by Everybody's Magazine about women at work in the United States in a variety of low wage-earning jobs. Dorr, like her many predecessors among women journalists, went undercover to investigate. William Hard ultimately wrote the series. Mrs. Dorr's name was restored to the co-byline after she threatened legal action. 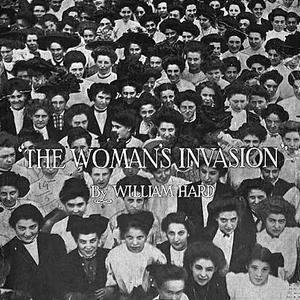