An Innocent Child Sold Into Slavery for Ten Dollars; The Appalling Traffic in Human Flesh in New York; Heartless Mothers and Grasping Midwives Who Barter Helpless Children for Money; Shocking Indifference of the Slave-Dealers as to What Becomes of the LIttle Ones-No Questions Asked; A Visit to the Midwife Who Sold the Bogus Hamilton Baby; Startling Facts Which Will Appeal to Every Loving Mother in the Land

"I bought a baby last week, to learn how baby slaves are bought and sold in the city of New York. Think of it! An immortal soul bartered for $10! Fathers-mothers-ministers-missionaries, I bought an immortal soul last week for $10! . . . "

Description:Bly's four-column feature report on the baby-buying trade in New York, including the statement of one woman who claimed to have sold one of the babies bought by Eva Hamilton, who had just begun serving time for atrocious assault and battery in Trenton Penitentiary. For her story, Bly posed as a would-be mother wanting to buy a child and found in at least four locations that she could buy a newborn from a broker for anywhere from ten to twenty-five dollars with no questions asked. 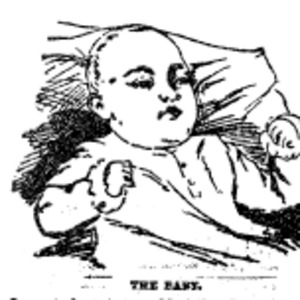 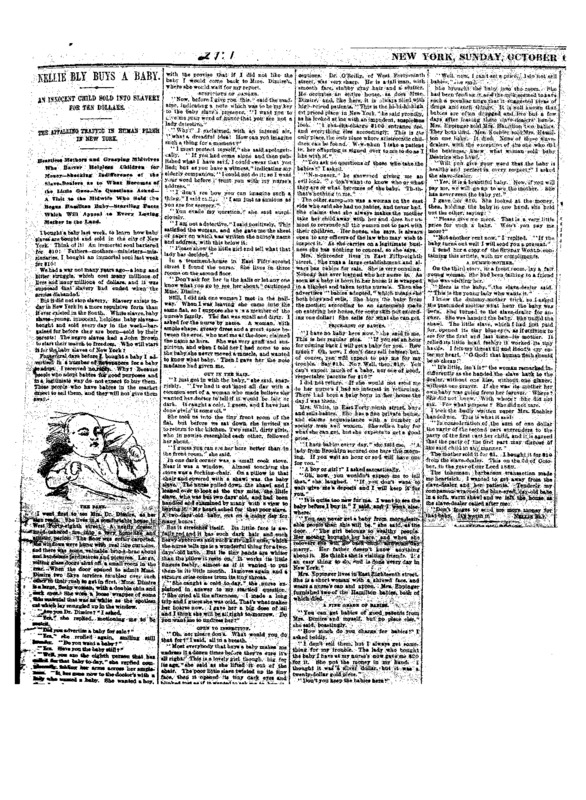