"Northlake Community Hospital has an image problem. "Two of its directors are under federal indictment on charges of defrauding the Medicare program and the hospital of more than $350,000. One of its busiest doctors is banned from the state Medicaid program and another was banned and reinstated. "Its operators say they have turned a formerly bankrupt hospital into an $11 million asset - specializing in podiatry services. "But the Sun-Times and WLS-TV (Channel 7) found that Northlake has another sideline -- phony auto-accident cases . . . ". . . An undercover reporter, posing as an accident 'victim' was admitted to Northlake by [Dr. Noberto T.] Agustin. The doctor invented serious injuries and fixed hospital records to show that he saw the patient every day. In fact, Agustin saw the patient once -- on the night before the reporter was discharged and handed a $697.30 bill for a four-day stay. . . ." 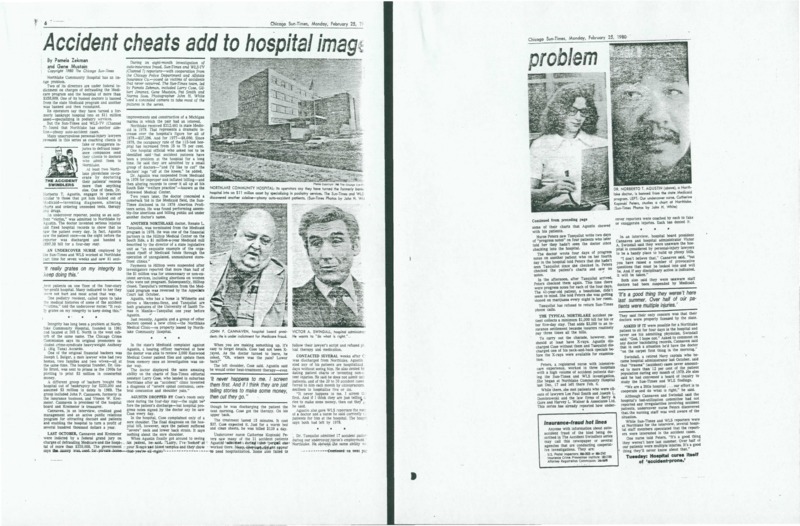